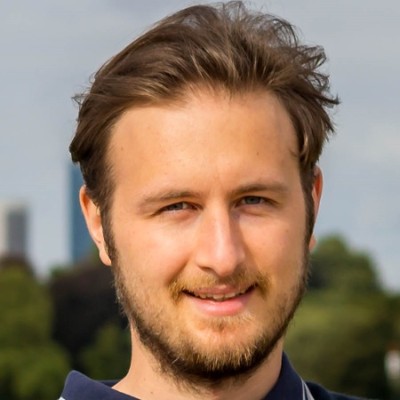 In this article, we discuss the imperative use of feature flags in relation to technical debt. This includes aspects such as:

Large software applications utilize feature flags for multiple functions, including the switching on and off of features and functionality, based on the need to modify system functionality without modifying code.

Unfortunately, feature flags can also incur technical debt, primarily when they are not managed and maintained.

Each unmanaged flag added to this list directly impacts the testing resources in the form of time and human resources required to reduce the number of unmaintained flags.

This then has a knock-on effect, leading to serious issues that will ultimately affect the software development and deployment lifecycles.

What is technical debt?

The term "technical debt" was first invented by Ward Cunningham, a signatory of the Agile Manifesto, in the early 1990s.

His reason for its name is that technical debt bears direct correlations with financial debt. Software development teams can take shortcuts to satisfy immediate business requirements, but the debt plus accrued interest will have to be paid at a later stage.

Technical debt is the consequence of action taken by software development teams to expedite the delivery of a software application or specific feature which later needs to be refactored or redeveloped.

If not attended to, technical debt can spiral out of control, resulting in the total breakdown of the software development and maintenance lifecycle.

The theoretical answer to this question is: it depends.

Suffice to say, as soon as these technical debt-causing issues are highlighted, it is imperative to fix them as quickly as possible.

There are also scenarios where it is prudent to incur the technical debt and fix the issues later.

A primary technical debt example of such a scenario is where an MVP (minimum viable product) is launched to get it in the hands of the customers. The benefits of deploying the MVP outweigh the cost of the technical debt incurred up to this point.

Generally speaking, there are two overarching types of technical debt: Intentional and unintentional.

Intentional technical debt occurs when software development teams choose to leave their code as it is, without refactoring or improving it, to reduce the time-to-market metrics.

Juxtapositionally, unintentional technical debt occurs when poor code is written and ignored. Thus, the code quality will need to be improved over time.

There are two reasons for this.

The first reason is a result of poor software development practices the first-time round. Secondly, coding best practices change over time. Therefore, existing code will need to be refactored to reduce technical debt and the risk of technical debt as time passes.

The inadvertent and deliberate distinctions are similar to intentional and unintentional classifications. Ergo, intended technical debt occurs when DevOps and software development teams choose to incur the tech debt.

In contrast, unintentional technical debt occurs after the fact when software engineers need to make changes to existing code.

The reckless and prudent distinctions are unique and are what give this quadrant its value.

Prudent technical debt describes the debt incurred because DevOps and developer teams know what they are doing when incurring the debt. Reckless debt occurs when development teams produce sub-standard, sloppy code that must be cleaned up afterwards.

Types of technical debt to be avoided

At this juncture, it is reasonable to conclude that teams should avoid technical debt. Additionally, it is imperative to minimize and eliminate tech debt, particularly reckless and deliberate code debt.

Prudent tech debt is the partial exception to this rule. This form of code debt can benefit software development organizations as part of the reducing time-to-value methodology.

In other words, the advantages of delivering a product to market as soon as possible can outweigh the cost incurred by technical debt. However, it is critical to monitor the tech debt to ensure that its value does not spiral out of control, negating the benefits of the reduced time-to-value exercise.

How feature flags can help with technical debt

In summary, feature flags can help reduce the technical debt accumulated during the development, testing, and deployment of a software application.

On the other hand, if feature flags are not monitored and maintained, they can increase the application’s technical debt.

Before we look at how feature flags reduce technical debt, let’s take a quick look at what a feature flag is:

“Feature toggles [feature flags] are among the most powerful methods to support continuous integration and continuous delivery (CI/CD)... [They] are a method for modifying features at runtime without modifying code.”

One of the most common sources of technical debt is the pressure to release a version of the software application.

The business demands that the software be deployed, and they don't care how the developers make it happen. Feature flags are a valuable tool to help manage the "pressure-cooker" release environment.

There are several benefits to the use of feature flags as a software release and deployment aid, including:

Feature flags are useful for dark launching, a practice of releasing specific features to a subset of your user base to determine what the response is to a new feature or set of new features. As an aside, this is also known as a canary deployment or canary testing.

Testing in production is another form of dark launching. By utilizing this option, you can assess the application's health, collect real-world app usage metrics, and validate that the software application delivers what your customers want.

Note: Feature flags can also create technical debt. While they play a significant role in mitigating technical debt in all other areas of the software development lifecycle, implementing them is usually via a set of complex if-else statements.

Therefore, in practice, a feature flag is an if statement defining the path between at least two different code paths depending on one or more conditions.

The following simple scenario describes how to implement feature flags.

Let’s assume that an eCommerce site offers free shipping for all customers that spend more than a specified minimum amount at one time.

As with all aspects of software development and deployment, it is vital to observe the following feature flag best practices:

As your organization matures in its use of feature flags as an integral part of the software development/testing/deployment lifecycle, it is vital to be mindful of the fact that some of the feature flags are short-term and should be removed; otherwise, they will add to the application’s complexity, resulting in more technical debt.

Consequently, it is imperative to have a plan in place to remove the flags before even setting them.

It is also possible, and a good idea, to track and measure different metrics for each feature flag, such as how long it has been active, its states (on/off), different configurations, and how many code iterations it has been through.

Once your feature flag has been through the required number of iterations to code and test a feature, this flag must be removed and the code merged into your code repository.

Note: Before removing a feature flag, it is a good idea to evaluate its function and purpose; otherwise, there is a risk, albeit slight, that the flag might still be needed and is erroneously removed.

A vital part of the feature flag management process is to define and implement temporary and permanent flags.

As highlighted above, if a feature is designed to be rolled out to every application user or you are using the feature as a short-term experiment, it is critical to attach a monitoring ticket to this flag to make sure it is removed once the feature has been deployed or the experiment is concluded.

Examples of these temporary flags which can last weeks, months, or even quarters, include:

Permanent feature flags are used to implement different features or functionality for different groups of users.

As a result, it is reasonable to assume that these flags will remain in the software application indefinitely or at least for a very long time.

Therefore, it is vital to ensure that they are monitored, documented, and reviewed regularly. As with the temporary flags, there are several different types, including:

2. Use a central code repository

Feature flags or toggles are most commonly stored in config files.

The best way to maintain the config files is to upload these files to a feature flag library in a central code repository like Git.

Not only is Git good for keeping control of these files, but it is also a valuable version control system. Developers can use it to create feature branches of config files used during the software development process without negatively affecting the production version of these files.

Once the config files have been updated and tested, they can be merged back into the Git master branch using a merge request.

It is absolutely critical to give your flags intuitive, easy-to-understand names, especially for long-term flags, although it is a good idea to include short-term flags in this best practice.

Naming the feature flags, flag 1, flag 2… flag 100 will not help people who have to work with these flags in the future.

A good example of wisely named feature flags can be found in the scenario highlighted above.

It is reasonable to assume that the flag, AdvancedSearchYN, is one of hundreds of flags used in our eCommerce application. Even if they are the only two flags used, it is still advisable to give them intuitive, related names.

As described throughout this article, feature flags in DevOps and software development play a fundamental role in managing and reducing technical debt.

Consequently, it is vital to implement a feature flags framework using feature flags patterns as a foundational part of the software development lifecycle.

Cobbling it on afterward can increase the risk of incurring more technical debt, especially once the system grows in scale.

Similarly, these feature flags must be carefully maintained and monitored to ensure that they don’t have the converse function and incur additional technical debt.

Finally, it is essential to be mindful that, while technical debt is primarily seen as a negative, there are instances, as described by Martin Fowler’s technical debt quadrant, where incurring prudent and deliberate (or inadvertent) tech debt can be beneficial.

It is also worth noting that both Agile and Scrum use the concept of technical debt in a positive way to reduce the time-to-value of a new application or feature release, driving sustainable growth through customer satisfaction.

Flagship.io: feature flag as a service for better flag management

Flagship.io is a cloud based service to remotely manage feature flags and take control over how, when and to who features are deployed.

To help with technical debt management, Flagship.io provides dedicated features to keep control over your feature flags. Two of them are especially useful in this regard:

Try it for free! 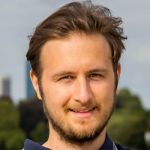 Guillaume as Technical Team Leader at AB Tasty is responsible for leading the development team and align the deliverables with product and company vision. He's especially in charge of Flagship, AB Tasty's dedicated platform for feature flagging and continuous delivery.

This article seeks to put to rest the most common myths about DevOps to get the most value out of it in your organization.

Code Freezes: Are They Still Relevant in Agile Practices?

In this article, we’ll explore whether code freezes still have a place in Agile practices and discuss how feature flags could be used as an alternative.

This article discusses how DevOps teams can measure performance through DORA metrics and the importance and challenges of these metrics.